How the iPad Change the Pedagogy of a Design & Technology Project


Part 1: How can the iPad change the Pedagogy of a Design & Technology Project?

Having taught the Year 6 Design & Technology unit 6D (Controllable Vehicles) in the same way for the past 6 years with a few improvements here and there, I was looking for complete transformation on how this project is taught using the iPad and how it can bridge the gap between the school curriculum and technology.

The controllable vehicle project, previously involve an introduction session then a demonstration at the beginning of each session. Because of the nature of this task each session had to be sequenced like this; session 1 - Make the Chassis, session 2 - The Axels etc  This method had its flaws. Whilst many children followed the instructions at the beginning of the lesson, this method left others frustrated and required a lot of repetition of instructions. Another flaw was that the more able in the class would usually finish the objective of the session and I'd ask them to support others in the class. Furthermore, everyone in the class had to finished the previous session before they were ready for the next, so there was never any flow. Children just couldn't work at their own pace - it was far too teacher led and offered the children few opportunities to tackle a problem for themselves.


Myself and Mr Williams began tackling this issues, by jotting down some initial ideas. It quickly emerged that the only way to shift the pedagogy from teacher led learning to child centred learning was to create a sequence of short videos, which could be accessed at the children's own pace through the iPad. Once we had realised that the solution to our problem was addressed by the iPad, not only could the children have access to the videos, but the creative potential of a range of apps could enrich other areas of the curriculum. Initial ideas including using iMovie to creative a advert which would including a theme tune composed in Garage Band, a poster to promote our end of project motor show, Numbers to create a spreadsheet for cost of parts and hire of equipment with the only boundaries been our creativity and the children's - the potential appeared limitless.


The filming of the video was straight forward, Mr Williams filmed using the video camera on the iPad, whilst I demonstrated the steps to make a controllable vehicle. The videos were edited using iMovies. The only snag being that on the first day of filming we ran out of time, so the following week, for continuity reasons I had to make sure I was wearing the same shirt!


How were we going to get the videos onto numerous iPads? Our first thoughts were to download the videos to Vimeo, as it was one of the download options in iMovies. YouTube's blocked in our school! One major flaw with this option is that our Wireless is notoriously unpredictable and even if it was working to its full capacity I wouldn't be confident that it would stream 15 videos onto the iPads. Next we considered syncing the video using iTunes onto the iPads and putting them into the camera roll, but it didn't feel right, it wasn't slick enough. Then we discovered the perfect solution. We would create an ebook, using Creative Book Builder than could be viewed in iBooks. 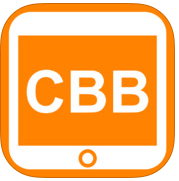 
What we did with Creative Book Builder (CBB)

I can't emphasise enough how easy this was. Once you've started a new book, you just simply add the number of chapters you want and edit them. Click Chapter and add an element (see image below). In this case a Title, Paragraph and a Video.

To insert the video into your eBook you just simply select it from your camera roll and it appears in the content the page. By tapping edit you can move, copy, delete or change ordering of any element you've added. Next you click publish and your given the option to Generate Book.

This is where we hit a problem. Whilst processing our eBook it would get stuck at 85% time after time. Creative Book Builder had already created an eBook, using just one video and some text and opened up in iBooks, so we knew that it worked. It was decided to split the eBook into two separate book - that didn't work either! But three books did.

We opened the eBooks in iBooks. The image below show how they appeared on the book shelf (see top left).


We used Strip Designer to create the covers for the eBooks and saved them to the camera roll. Three different coloured covers were chosen, so that the children could easily differentiate between eBooks 1, 2 & 3. In CBB if you haven't already added a cover to your eBook, when you click publish it will ask if you want to add a cover image now?

Below you can see an example page from one of the eBooks:

It was decided because we have 60 children in Year 6 that we would need at least 15 iPads  - 1 iPad to every 4 children. The school doesn't have a set of iPads yet that can be accessed by each class, so we organised to collect all teachers iPads (not an easy task) and then download the eBook on to teachers iPads. This was a fairly straight forward process, although things will be made much easier once we've invested in a iPad syncing unit. The iPad on which the eBooks were created was connected to the MacBook and then transferred to Books in iTunes. Each iPad was connected to the MacBook, the eBooks highlighted then synced to each iPad. The iPads were now ready for some real action!

Part 2: How the iPad was used to improve the pedagogy of a Design & Technology Project

Part 2 is going to examine how the iPad was used to improve the pedagogy of a Design & Technology project and allow child initiated learning by motivating the children to discover new skills and knowledge through project based learning.

The hall was set up with tables and chairs for 60 children, materials and equipment the children would need to make their controllable vehicle and teachers iPads were collected and made available - we were ready for action! The children were allowed to choose their partner and sat themselves at a table of four with one iPad on each table. Because there was only 1 iPad between 4 children they would have to work collaboratively, both in their pairs and with others at their table. After a brief introduction concerning safety, protecting the iPad from saws, glue etc, how to access the iBook 'Controllable Vehicles' and having been shown an example of a finished product the children were raring to go.

On the iPads the children had access to an eBook, which included instructions and a sequence of short videos. They could pause, rewind and watch the video as many times as they needed to, as they progressed through the controllable vehicle project. This allowed the children to work in a much more independent way and more importantly at their own pace. When the children were ready to move onto the next section there was a list of equipment they would need, which was available at the front of the hall.

The use of the iPad ebooks (with video) made children secure and confident to try and retry things and by having constant access to the eBook it opened the door to more advanced thinking and problem solving. For example, some children wanted an on/off switch on the side and other investigated the use of extra batteries. The outcomes were excellent. However, there was a minority of children who lacked independence, problem solving skills and basic initiative. These children, to start with anyway, weren't prepared to try and learn from any mistakes - they wanted it doing for them. They were sent back to their table. It didn't matter if they made mistakes, they could learn from them and improve next time. Eventually these children came round the idea that myself or Mr Williams were not going to do their work for them. Had our prescriptive teaching/curriculum mean that children had been moved out their comfort zone because they had never had to take control of their work before and accept responsibility for their role in the learning process? Having said that the majority of children were 'in the zone', and thoroughly enjoying this challenging project.

The focus of the children was exceptional, they were all on task, motivated and fully engaged in what they had to do. It was incredible to see. The head teacher came in and hadn't even realised there were two classes in the hall. He said "there was an incredible working atmosphere!" The children were working autonomously through the project and it also allowed them to work in ways that complemented the various learning styles. Myself and Mr Williams both had to overcome our instinct to step in, the children were clearly enjoying tackling and solving the problems this project presented. It became apparent to us that we had become the 'guides on the sides' and only needed to assist the children if they asked - but this was usually just to remind them to watch a particular part of the video or to read an instruction which was on the eBook. Another notable success was that there was full collaboration from every single child - even from those who had struggled to develop positive relationships all year. On the second day I had to deal with 'ICT issues', but Mr Williams was more than happy to be left on his own - it wasn't a problem. 60 children were getting on with challenging Design & Technology.


There was relatively little whole class teaching, apart from on a few occasions a direct instruction was required. For example, whilst constructing the chassis of the vehicle some children's were clearly too big which could potentially have made things extremely difficult for them later down the line in terms of making a net for the vehicle or having enough power from a small battery to be able to control such a larger vehicle.

The use of the iPad to assist the children's learning was a huge success. It was an outstanding learning experience for the children with such a challenging topic. A huge majority were producing work of a superior quality compared to previous attempt in other years.


Part 3: Using iPads as a creative and innovative approach to learning

Outcomes of the Project

Pupil interest and effort was evidently higher than myself and Mr Williams had seen before. What made this remarkable was that this was post SATs and history had taught us that this period was notably a tricky one for Year 6 teachers as children's motivation takes a dip after the SATs are over. The children produced high quality car design, there was an increase in writing levels in blogs and brochures and outstanding video adverts.

The attendance from the parents was amazing! Bearing in mind that the children had only taken a letter home (that they had written themselves) only 2 days prior to the event. Pupils had made sure their parents attended the Car Show because they cared about and valued their work. There was more parental interest and attendance for any other project that we'd been involved in.

Above all, when the children spoke they demonstrated an astounding depth of knowledge, understanding and confidence. The standards of their spoken presentations were unexpectedly high. Teachers were genuinely staggered.