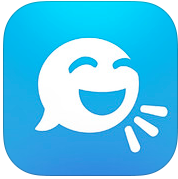 The potential of the free app 'Tellagami' in education, once combined with other apps (*App Smashing), is vast and has so much potential in the classroom. The app can of course be used as a stand alone app, but the real impact on teaching and learning occurs when the app is combined with any number of apps (see examples of App Smashing with Tellagami later in this post). The app can be used to improve speaking and listening skills, be used as part of the writing process, used by pupils of any age to demonstrate their understanding in any curriculum subject and can also be provided as a guide to support learning as a direct teaching tool, either as a whole class or on an individual basis.

Tellagami lets you create and share animated messages in 3 easy steps. 1) Customise your character and background. 2) Record your voice or type a message for your character to say. 3) Share the finished Gami to the camera roll.


Without a doubt, one of the most useful features in the classroom is the text to voice recognition. Especially when the pupils listen back to what they've typed and have time to correct any errors. Any spelling, grammar and punctuation errors are highlighted as the character reads back the typed words. No full stops? Then the character reads very quickly without pausing. Spelling errors? The character will read words incorrectly. Errors can be easily be corrected by returning to the typed screen. The pupils can instantly listen back to their recording and easily make any amendments. There is also a record feature, which allows 30 seconds to record your own voice. Again, one finished the recording can be previewed instantly and corrected, if necessary, by re-recording. Both the record and type features combined with being able to change the background image from one from the Camera Roll offers endless opportunities for pupils to share their knowledge on any given subject. Not only is it a great way for pupils to demonstrate their learning, it also overcomes the problem of recording voices in a busy classroom environment, when background noise can often make a clear recording very difficult.

Haylee (@teedubz3) a Year 2 teacher at Thanet Primary School (@ThanetPrimary) has been using the app Tellagami to great effect as a direct teaching tool with her pupils. Haylee shares how she used the app with her class below:

Our topic this term looks at famous people and as we have just introduced hand held devices into KS1, what better person to research than Steve Jobs himself? In a previous lesson, the children had learned how to save images from the web into the camera role, so had a bank of 'Steves' at their disposal.

The objective of this lesson was for children to learn the basics of using Pages - primarily being able to insert images (of Mr. Jobs) and text, with a view to editing font size, style and colour. However, the idea of demonstrating this to thirty 6 year olds and getting any kind of desirable outcome was quite daunting... until I was shown Tellagami!

I was introduced to the Tellagami app during a Mr Andrews Online training session and immediately loved it! I had a few ideas of how I'd like to use it to support learning and was eager to try it out with my Year 2 class. I was sure they would find the cartoon 'teacher' engaging and decided for its first trial I would use it as a direct teaching tool to assist a Pages tutorial.

I first set about taking screen shots of each step of the document creation, which were then used as the background within the Tellagami app. Next, I described each step using the in-built voices...I'm not a fan of recording my own! This did need a bit a playing around with as the inflection or pronunciation was a little off, but finally I was happy and had each step saved as separate videos.

These were imported into iMovie, where I clipped the app logo from the end and spliced them into one film. The last step was to play the whole video within Explain Everything, adding in the pointer tool at appropriate places.

I was going to leave it there and just AirPlay to my IWB, but chose to upload it to Youtube (my first time!) to make it more accessible for colleagues. It's a little rough around the edges (I'm no video editor) but overall it worked so well within the lesson. You can see the video below:

I kept it quite structured - the children worked on iPads in pairs and I played the video, pausing at each step. This then allowed me to assist the few (and it really was only a couple) who were struggling, whilst the others easily navigated their way around and helped their peers. The children immediately made links with our literacy unit too - instructions - by telling me 'The lady didn't use enough time connectives!'

Once the basics had been explored, each pair was given time to independently explore the other features. By the end of the session, all pupils, regardless of ability, had successfully created a simple document with a picture and one or two lines of text. Having an engaging character visually direct them to each function in the first instance, gave the children the confidence to use something previously unfamiliar with ease.

The combination of using Tellagami with Explain Everything was a godsend for me in this situation and I certainly feel it has loads more potential if used with some creative thinking. Plus, being a free app is always a bonus! So if you look at a box and see a car, a spaceship or suit of armour, give Tellagami a go and see what you and your pupils can come up with! 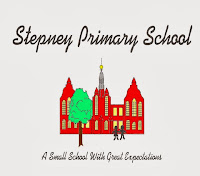 In recent weeks we have had the opportunity to work in some brilliant schools across the country, including Bellfield, Stepney and Thanet in Hull. We have worked alongside outstanding teachers to deliver classroom projects based on the year's current topics using mobile technology in Foundation Stage through to Year 6.

The app Tellagami hasn't been used in every project we've delivered in schools. But below are three examples of App Smashing using Tellagami, from a mixed Year 2/3 class, a Year 6 class and as part of a Year 1 project all about The Beatles by the pupils from Stepney Primary School. Paul Browning, the head teacher, has very kindly written a testimonial of the work we've done in the school, which you can read HERE.


*App Smashing is a technique coined and honed by EdTechTeacher, Greg Kulowiec (@gregkulowiec) that uses multiple apps to complete a project'.