In this post I've selected some examples of work that the pupils have produced in the World War 2 topic using their iPods and iPads to demonstrate and enhance their learning. It also includes the apps the pupils used and a brief description of the lesson. Any digital work the pupils created on their iPods was saved to their individual blog space http://6aclasswall.posterous.com. This meant any content the children had created on their iPods could be deleted once it had been posted to the blog, saving limited space on 8GB iPods. The pupils used a QR code in their World War 2 scrap books to link to their digital work on their blog space if this was appropriate. 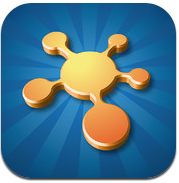 The image below is an example of medium-term planning for part 1 of our topic work on World War 2. The app used to create this was iThought HD. 'Mind mapping enables you to visually organise your thoughts, ideas and information. Task lists, brainstorming, project planning, goal setting, concept mapping, course Notes/Revision, meeting Notes.'

For each area of study in week 1: What I Know/What I Want To Know; The Rise of Adolf Hitler; War Is Declared, myself and Mr Williams looked at opportunities where the use of ICT (iPods) could enhance the learning and pupils understanding in these lessons. One of our focuses this year has been to give the pupils' work a real audience - for this particular week the pupils posted their completed work to a class blog (http://6aclasswall.posterous.com), direct from their iPods using the Posterous app. Pupils were asked comments on each others work and parents/carers were invited to leave comments. Other audiences for the children's work have included, guest markers, visitors to the Pupils Learning Walls, the local library and pupils in Year 5.

What I know/What I Want to Know

To introduce the first lesson of the topic myself and Mr Williams planned a lesson, which would inform us and the pupils their current level of understanding on the topic of World War 2 - 'What I Know/What I Want To Know.' By beginning the topic in this way it would immediately indicate any key misconceptions. In addition any areas the pupils showed a particular interest we could plan to incorporated into the topic and give the children an opportunity, once the they had the skills, to study an area of a topic independently.

The pupils were ask to scan a selection of QR Codes, using an app called Scan which linked to a selection of images about World War 2. To create the QR Codes the images were uploaded to a Flickr account, this was so that each picture had its own URL. The URL was copied into a QR creator app called QRafter, which created a QR code for that image. 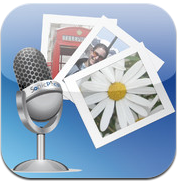 Once the QR code had been scanned the pupils could then save the picture from Flickr to their camera roll and then edit it as required. From the camera roll the pupils uploaded the images into the Sonic Pics app. Sonic Pics turns your photographs into a narrative slideshow, very similar to Photostory that I've used in previous years with Year 6 (without the need for external microphones plugged into a PC). The pupils use Strip Designer to create a front page for their photo story and then simply recorded their voice over the selected photo, then moved onto the next picture. Below is an example of a pupil's work using the app Sonic Pics.


Strip Designer: The Rise of Adolf Hitler and the Nazi Party

For this task a short video was shown 'The Rise of Adolf Hitler and the Nazi Party' to the pupils. The video was paused at key points to give the pupils the opportunity to make notes. The pupils were given the task of creating a timeline in the app Strip Designer that would sequence the key stages which led to the start of World War 2.

For the two examples of work below the pupils used the Pages app. After drafting a newspaper on the day World War 2 was declared, the pupils used a blank canvas to create a newspaper front cover. This was an excellent opportunity for the pupils to become familiar with the features of Pages and a real chance for them to investigate the features of the app for themselves. It certainly tested the 3B4ME approach, but it was a great opportunity to identify experts in the room.


Another way we have used the Pages app was to investigate military and civilian deaths during World War 2. In hindsight this was perhaps a task for the Numbers app, in which they could have used formulas to work out totals. Having said that though the pupils enjoyed investigating the statistics using the iPods calculator and producing the different graphs, adding colour, titles, axis etc that the Pages app generated from the table of result.

As part of their studies in literacy the pupils investigated the life of Agent Zigzag (aka Eddie Chapman - a double agent in World War 2). The pupils watched a carefully edited documentary by the BBC; Double Agent: The Eddie Chapman Story, and made extensive notes. They were shown the basics of Keynotes and then asked to create a presentation to the rest of the class. Only showing the pupils the basics gave them scope to investigate some of the more advanced features of Keynote for themselves, which they loved to do, especially building in and out different effects to pictures, text and slides. The pupils took screenshots of their Keynote slides and then copied them into Pages. This was so that they could post their work to their blog space.

The pupils used the Silent Film app on iPads to recreate the life of Agent Zigzag. They used the work they had done in Keynote and a writing task in Big Writing to help to structure the different aspects of their video. Below is an example of a group of pupils work.

Other biographies the pupils have investigated were the lives of Winston Churchill and Adolf Hitler. Half the class were given the role to create an iBook about the life of Winston Churchill and half were given the task to create an iBook about Adolf Hitler. Once the task was complete the pupils task was to share their expertise with the other half of the class who were studying the opposite biography. The pupils used the Creative Book Builder app to create their iBook.

The pupils were provided with a selection of QR Codes, which led them to appropriate mini-biography video of Adolf Hitler's and Winston Churchill's lives and appropriate websites. The pupils were asked to make extensive notes. QR Codes were chosen as opposed to allowing the pupils the search the internet for information for eSafety reasons. By using QR Codes the pupils could be directed to a particular areas of the internet to study independently.  Letting the pupils search the internet for facts about Adolf Hitler would had inevitably led to some inappropriate images or words, especially on Youtube.

The iBooks below are finished examples of pupils work, which can be downloaded as an ePub file.

Always one of the highlights of the school year is the annual 'World War 2 Tea Party', which is organised by Mrs Sellers. World war 2 veterans and evacuees are invited to the school to spend the afternoon being entertained by the pupils through songs and dance and have a 'cuppa' and a piece of cake. As part of the afternoon the pupils get chance to discuss with our guests their experiences and any artefacts during World War 2. A particular highlight this year was a veteran who was a Spitfire pilot, he brought memorabilia and taught the pupils how to fly an imaginary Spitfire. The days is always a very moving experience for everyone involved and often coincides with Remembrance Day.

The pupils were in 4s or 5s and given one iPod per group to collect photos from the days events.

To thank our guests for sharing their experiences, the pupils hand wrote thank you letters. They used a FREE app called Pic Collage to arrange their photos they'd collected from the afternoon into frames and attached these to their thank you letters.

Below is a iMovie created using photos the pupils took during the event. The video was produced with the help of the Digital Leaders in the school.