Exploring Virtual Cities with Recce: A platform for transforming learning 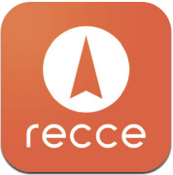 The power of the iPad is especially valuable in the classroom as a tool for producing high quality creative output, enabling pupil independence, supporting collaboration and providing a classroom tool which can transform teaching and learning completely. The free app RECCE is a virtual mapping facility which can be used as a powerful starting point for many pupil projects in a range of subject areas.

RECCE provides an accurate virtual representation of London, New York and San Francisco which is quick and easy to navigate and is packed with impressive graphics and detail, including cars,trains and planes going about their daily business. It is extremely easy to use and has the power to bring city locations to life in a completely absorbing and engaging style.

These activity suggestions have been used in different schools with pupils from Key Stage 1 and Key Stage 2, often combining several apps to create content. These are ideas which can be adopted and adapted by teachers who are exploring ways in which the technology their children are using.

1: Plan a route between landmarks and describe directions.

Screen capture images can be taken when using Recce by simultaneously pressing the HOME and POWER buttons. Using Skitch routes between locations can be described and annotated promoting the use of geographical language and awareness. Extending this idea  into Explain Everything short videos and narration can be added to the maps and recorded as presentations which can be shared.

The power of apps such as Epic Citadel has proved effective as a stimulus for writing and a spark for imagination in young writers. The virtual and completely explorable environments provided by Recce can provide a starting point for stories, for setting descriptions or for even relocating a familiar story to a new setting. The app provides the backdrop to countless opportunities for writing. Screen capture images can be used in an app such as Strip Designer to create storyboards, planning sheets and writing frames.

Children can plan a virtual visit to any of the locations available through Recce. Pictures ( screen shots) can be taken along the way and presented using Strip Designer as postcards, adding text in different forms. As an extension and to create a multimedia project the postcards created using Strip Designer can be opened as a background in Explain Everything and video content added. The idea of adding several video screens to one background holds enormous potential and Explain Everything makes this extremely easy. 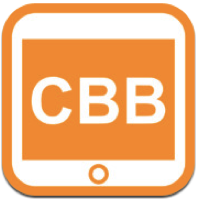 4: Create a tourist brochure for a visit to London.( Creative Book Builder)

Content such as pictures, maps, annotated images, videos and audio recordings can all be combined using the app Creative Book Builder. Detailed projects can be built up into extensive pieces of work which can be shared as iBooks or even web links if used in conjunction with Touch App Creator. The depth and detail included in a tourist guide to any of the Recce is limitless and the quality and range of content possible completely redefines the potential outcomes for pupils.

The vehicles continually navigating the Recce landscape can provide a good starting point for pupils to create public transport timetables. Routes can be planned across the city, stopping at key locations. Timings can be added to create timetables to go with route maps for buses. Skitch provides simple tools which make the route mapping side of this easy. Timetables can easily be added either within Skitch or produced in a range of apps including Pages and Numbers.

Creating a map, key and scale by hand remains a valuable skill and the accuracy presented by Recce is a good starting point. Details can be compared with Google Earth images and real maps and maps can be produced to be combined with other projects such as a tourist brochure created using Creative Book Builder. The iPad camera easily allows images of maps to be captured and cropped and inserted as an image into almost every app in which content is produced. 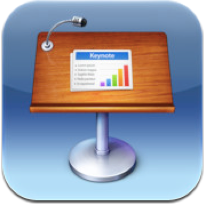 Speaking and listening skills can be developed when children present their work to an audience. Keynote allows all content produced (pictures, text, annotations, videos etc) to be shared with an audience as a high quality presentation. Any number of topics could be covered such as transport, tourism and leisure and pupils are able to take ownership of their content and delivery style.

8: Use setting in Explain Everything to create presentations of significant events and people.

Research on key locations and people connected to a city can form the basis of presentations created as books ( Creative Book Builder), movies (iMovie), slideshows (Keynote) or web content ( Touch App Creator). Each of these examples could feature video output produced using Explain Everything. Recce can provide a dynamic and  virtual world where history
can be brought back to life.
Thanks to the brilliant Lisa Johnson ( @techchef4u) for sharing this app at the recent iPad Summit in Atlanta USA