iPads in the Music Classroom - Developing Musicianship Through Creativity

"Mr Andrews Online is a testament to the educational possibilities that iPads afford across the curriculum - putting creativity at the heart of learning, allowing pupils ownership over  their own learning journey, and creating tangible products at the end of projects that pupils can be proud of." Ben Sellers, Transformance Music.

This full day course combines the musical expertise of Ben Sellers director of Transformance Music, along with the cross-curricular approach to raising standards developed by Chris Williams, founder of Mr Andrews Online (recently recognised as one of the top 3 blogs in the UK in Education).

For more information and to book a place on this course, click HERE

These three factors are also fundamental in effective music teaching, especially as pupils takes their first steps in songwriting and composition. The iPad provides a set of virtual instruments, recording facilities and ways to layer melodic, harmonic and rhythmic ideas that, if used thoughtfully, allow pupils to create great sounding music quickly whilst still learning fundamental musical principles and achieving the clear learning outcomes and progression at all levels.

Here is a run down of the top four apps I have have found most useful at Key Stage 1 and 2: 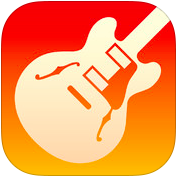 Garageband is the closest we have to an 'all in one' music app. It includes several virtual instruments, a sampler, an audio recorder, a library of useful loops and a 'timeline' page  layers up recorded tracks to create a multi-layered recording, similar to a traditional 4-track recorder.

The beauty of Garageband is that it allows students with no musical experience to make something that sounds great almost immediately, but has enough depth to stretch more advanced students, accessing concepts of musical theory- chord progressions, inversions, compound time, melodic phrasing- that ready them for composition with acoustic instruments. 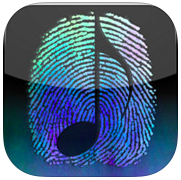 ThumbJam is a powerful instrument emulator and looping device with studio quality instrument samples and the ability to play with expressive techniques such as tremelo, pitch bending and dynamics.

Two of the features particularly useful in the classroom are the huge bank of scales from around the world that can be chosen from or added to, and a playing surface that has space for two instruments at a time, allowing two students to play together. We can also create our own instruments using the iPad microphone, great for students who have have trouble vocalising. Thumbjam shows our pupils the value of control over music-making: The more skill a participant has on an instrument, the more effectively they can communicate their ideas and emotions.

Projects I have developed on Thumbjam include compositing and improvising in the idiom of Balinese Gamelan (using the Hang drum sound and the in-built Balinese 'Pelog' scale) and creating a Jazz quartet, with four students using two ipads to play  together within the framework of a 12-bar blues. 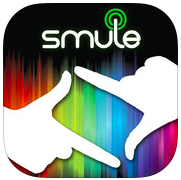 MadPad is a video sampler that is allows us to create 'soundboards'- 12 video clips of acoustic instruments, vocals, found sounds or sound effects. I recently worked on a project with the BBC Symphony Orchestra, creating a Madpad 'set' by sampling a Violin and a Viola player and then allowing a pupil with limited mobility to play these sounds as part of our school ensemble alongside his peers. I have also used it at KS1 to explore making music from every day objects, and recently did a project with Boomwhackers, using this as my inspiration. 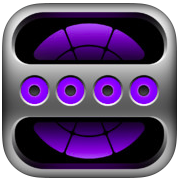 Loopseque allows pupils to make rhythms, basslines and simple melodies within an interface that emphasises the cyclical nature of rhythm, and makes editing rhythms and creating polyrhythms incredibly intuitive. Several contrasting rhythmic loops can be created and then moved between to create whole songs. Like all these apps, the initial ease of use belies the depth of the app, and in Loopseque it is possible to change soundsets, add effects such as delay, reverb and filters, and record 'performances' within the app.


All these apps can be used alone, or mixed with each other or acoustic instruments to great effect. I have found that once teachers - music specialists and non-specialists alike are confident with the technology, they quickly make the iPads an integral part of their work on composition and songwriting across KS1 and 2, with increased engagement and enthusiasm from pupils across the learning spectrum. So long as musical learning outcomes constantly being worked on and achieved, iPads really allow us to develop musicianship through creativity.