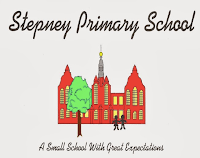 In Stepney Primary School, Hull I have been working alongside pupils and staff from the Nursery right through to pupils in Year 6. I have shared how mobile technology can be used to develop children's progress in speaking & listening, writing, creativity and independence and shared ideas on how these devices can be used across the curriculum when it's the best tool for the job. Paul Browning, head teacher at Stepney Primary was kind enough to write a testimonial for us, about my work in his school, which you can read HERE.

The school is an outstanding inner city school with a high percentage of pupils with English as an Additional Language (EAL). In the Nursery 18 out of 26 pupils are EAL (69%) and the Foundation Stage 17 out of 30 are EAL (57%) 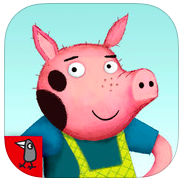 I first came across The Three Little Pigs Nosy Crow app in 2011, when my eldest daughter was three and recalled how much she had enjoyed interacting with the story. The graphics and sound are excellent and the characters are fully interactive as you listen to the story or alternatively chose to retell the story yourself, which is also great fun. Subsequently, we have also bought many of the other apps created by Nosy Crow (Cinderella, Little Red Riding Hood and Pip and Posy: Fun and Games, etc).

Both Nursery and Foundation Stage pupils were put into small, mixed ability groups. The app The Three Little Pigs was introduced to them to help the pupils understand the story and as a stimulus for the activity using My Story with the Nursery pupils and Explain Everything with the Foundation Stage pupils. The children took it in turns to interact with the characters on the screen by making them jump, spin and speak as they listened to the story.

Key images of the story were collected by taking screenshots using the app The Three Little Pigs by Nosy Crow. These images were Airdropped to
Stepney Primary's iPads, put into an Album then shared to the other iPads at the school using the Photo Stream. 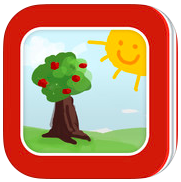 The app My Story was used to create digital books. The pupils helped to select the images from the camera roll to sequence the story and then took it in turns to talk about what was happening in the photo. The pupils were reluctant to talk at first, but once they realised it was their voice that they could hear they all wanted to contributed to retelling the story - whether it was simply a sound effects (the angry wolf growling or when he got his bottom burnt!), a word or two or a sentence. Some pupils echoed back words or phrases, whist some knew instantly what to say. Using the My Story app not only helped the pupils to start to understand the story through sequences the pictures but offered them an an opportunity to develop vital speaking and listening skills.

At the end of the morning and afternoon sessions the pupils’ iBooks were shown on the Interactive Whiteboard. The pupils were invited out to the front to help to turn the pages of their books and press the play button to hear their voice recordings. They had a great time listening back to their voices and interacting with the digital books they had helped to make. 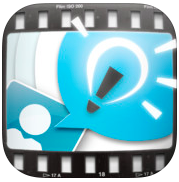 Prior to the session images were collected in the same way as in the Nursery example (see above). Using the app Explain Everything images of backgrounds were set to lock on the screen and added to different slides. Images of the main characters in the story (3 little pigs and the big bag wolf) were selected and the cut out tool was used to draw round the each of the characters that would be needed for each scene.

The pupils volunteered to be different character from the story to play (3 little pigs & Big Bad Wolf). The Big Bad Wolf was a popular role, so we even had to have an audition in one of the groups! Once the record button was pressed the characters could then be animated to move freely around the screen as the children recorded their voices in role. The app Explain Everything allowed valuable communication and expression opportunities of role play and story telling.

An example of a pupils work

All pupils thoroughly enjoyed both the activity and playing the characters from the story. By simply listening back to their peers, some of the more reluctant speakers were encouraged to give it a go. It allowed those pupils who were less confident, especially those pupils with English as an additional language to speak and apply their knowledge of the story. Some pupils were able to echo single words and phrases, whilst others were able to demonstrate their understanding in sentences and add expression to the story with little or no input, acting as characters or as a narrator telling the story. The day concluded with a showcase of the pupils finished animations on the Interactive Whiteboard. It was an amazing conclusion to the day to see the children so animated and engaged, listening back to their own voices and recognising other voices in the class.